Nuestra Señora la Conquistadora Academy provides a traditional Catholic Education to students in Kindergarten through Eighth grade. Employing classical approaches to education, the Academy recognizes not only the value of academics on the child’s mind, but also of the value of the proper formation of the child’s will. Together, academics AND will-formation provide the child with proper judgment, right reason and a courageous will, which leads to virtuous action, and the ability to withstand the follies of the world.

In 1680, Native American Pueblo Indians revolted against Spanish Rule in a gruesome massacre of the Catholic inhabitants in Santa Fe.  More than ten years later, Governor Don Diego de Vargas was charged with reconquering the City of Santa Fe.  Twelve years after what is known as the “Pueblo Revolt,” Don Diego de Vargas, enflamed with a profound devotion to Our Lady, bore her image on his Royal Battle Standard for this important mission.  Despite being tactically out-armed and out-manned, Don Diego de Vargas bloodlessly re-conquered the City of the Holy Faith.  He attributed the victory to the Virgin’s most powerful intercession.  For this reason, Don Diego de Vargas declared Nuestra Señora la Conquistadora the patroness of the land now called New Mexico.

Since the re-conquest, faithful from around the state celebrate a yearly commemoration of this historical event with a procession through the streets of the City of the Holy Faith, carrying the twenty-nine inch statue on their shoulders.  Her children proudly proclaim her as their mother, carrying the oldest Madonna in the United States, and whose origin is of Old Spain.

It is with the same ardent devotion as had Don Diego de Vargas to Our Lady that Nuestra Señora la Conquistadora Academy wishes to conquer the young hearts entrusted to her.  Finding herself in a world empty of Christ, the young academy, humbly seeks Our Lady’s patronage and anticipates the same victory as was given to Don Diego de Vargas.
Source: Used information from the Nuestra Señora la Conquistadora Academy

The Blessed Virgin of Buen Suceso of the Purification 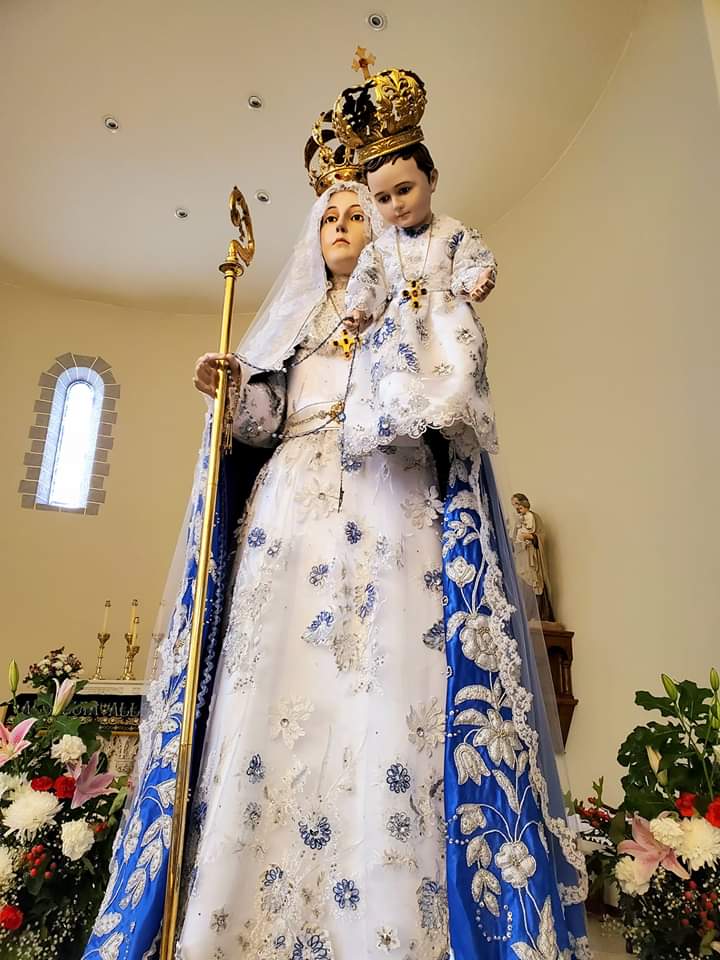